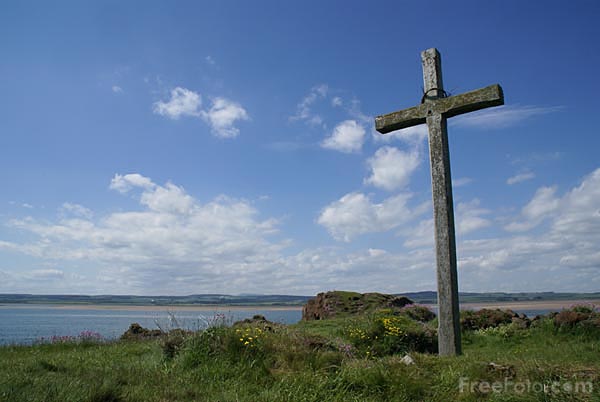 Over the past few weeks I’ve begun to understand the significance of what took place at the cross at a deeper level.  I was listening to a message and the speaker gave the most poignant example of what it means to be dead to sin or your old self.  He said that when you become a Christian your old self/sin is nailed to the cross and when you continue to wallow in guilt and carry around things of your old self around you are essentially taking your old corpse of the cross and carrying it around with you.  I have been walking around carrying that corpse of my old self around.  I had been telling myself that I’m a new person, but I guess it really hadn’t clicked what that really meant.

Romans 6:6 says, “We know that our old sinful selves were crucified with Christ so that sin might lose its power in our lives.  We are no longer slaves to sin.”  Boom!  There it is right there, plain as day.  I’ve read this verse many times yet it was in that one illustration that helped it sink in.  Because our old selves have died, we can live a new life in Christ.  We are not the person we were before coming to Christ.  That person is dead.

Now you might be thinking does this mean we’re perfect?  Absolutely not!  First, we would have to be God to be perfect.  Second, we still live in this fallen sin-filled world.  Therefore we will still struggle with sin and mess up, but that is no longer what defines us.  Since we are not defined by our sin, sin no longer has power over us.  Here comes my second point.  Since we are not defined by our sin/mess ups, we should not mope around in shame and guilt.  Doing that is defining yourself by sin.  So we don’t feel guilt at all?  Again, no…guilt is a good thing.  It convicts us of wrong which should motivate us to ask for forgiveness from God and those involved.  But then move on!  I used to think the more shame or guilt I felt, the more miserable I could become it would somehow help me stop messing up.  Not only that but in a way I was also thinking that God wouldn’t forgive me unless I said I’m sorry enough times, cried enough tears, and felt guilty for a good amount of time.  What I didn’t get is in doing this I was taking away the power of Christ and His death and resurrection.

As a Christian we are not defined by or sin or guilt.  Not understanding the power in the cross and being dead to our old self can leave you stuck in a cycle of guilt and not being able to forgive yourself.  You have to leave it all at the cross.  Jesus died once for all your sins, period!

Romans 8:1  So now there is no condemnation for those who belong to Christ Jesus.

4 thoughts on “Breaking news: My Old Self is Dead!”