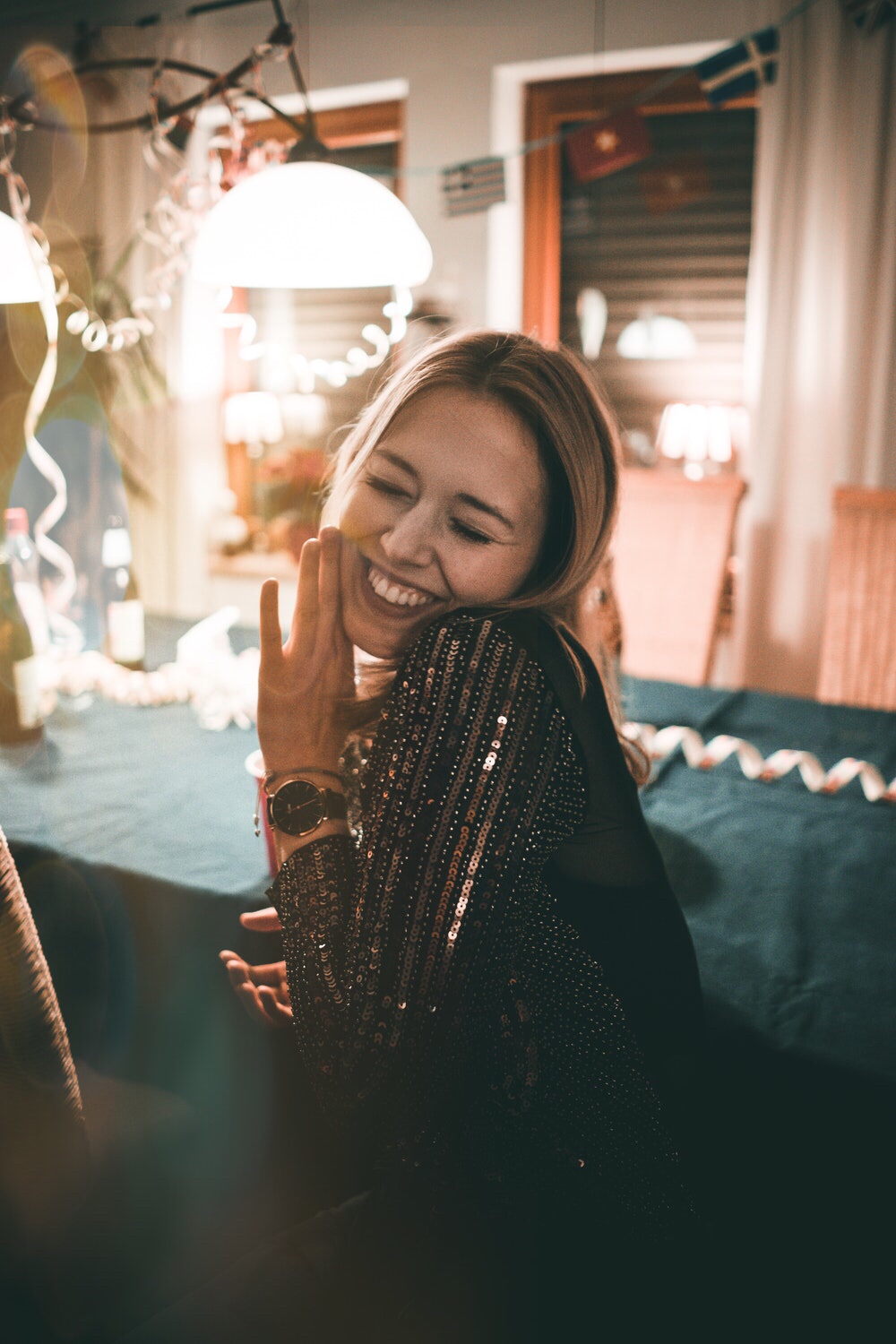 To the girl who is trying to convince the world she’s fine,

I watched her a few rows in front of me at a concert. She appeared to be drunk or at least a little tipsy. She was laughing and hanging all over the guy she was with. She was very enthusiastically singing along, talking to the guy and her friend that was with them. Her movements over exaggerated, nothing about her spoke “subtle” or “blending in.”

As I watched her my heart connected and broke. She reminded me of someone. She reminded me of another young girl so insecure and incredibly awkward in her own skin. She was desperate for love, friends, and wanting to belong. She tried to be the “crazy one” the “life of the party.” If she could get people to laugh, even if it was at her, then she would feel part of something. And maybe, then she could cover up the pain inside and convince them all she was fine. If she was loud enough with her enthusiasm, it would be bold enough and loud enough to distract from what her broken heart was screaming.

She would cling to guys and go from one guy to the next, one crush to the next, often keeping a challenge on how many phone numbers and guys she could get to flirt with her in a night. She’d brag to her friends about her new records all while laughing and wearing it like a badge of honor.

But if you caught her in a rare moment by herself, and she would catch her reflection in the mirror, you would see the pain on her face and realize that she hated who she was. The loud messy tears that would leave thick black streaks down her face showed the wrecked state of her heart. And the now scars on her arms tell the story of causing pain to numb her heart. But she was excellent with her disguises and hiding the broken in her eyes. And she was great with the reply, “I’m doing just fine!”

So as I watched this girl so familiar in front of me, my heart broke because the girl she reminded me of, was me. At least it was who I used to be.

If I could talk to you, girl who is trying to convince the world she’s fine, I would say what I wish I could go back in time and say to that girl I used to be. I would tell you that learning to feel the pain is hard, but it isn’t what will kill your soul and come close to ending your life. Hiding the pain away and trying to distract yourself from it is what nearly does you in. I’d say that taking a chance on trusting people that God brings into your life is so worth it, even through the ups and downs, it’s worth it. Just because the world is hard and it’s easier to see that there are more evil people in the world then good, doesn’t mean that that there aren’t good people. But at the end of the day, I would say how much better it is to let God love you right where you are. Let Him wrap you in His arms and speak softly to your heart. Let Him work through the pain and shattered parts of your heart. He will bring healing, and not just mask the hurt. The guys you’re seeking won’t fill the void. They will just lead you down a path of regret and deeper heartbreak. They will leave you questioning your worth and even who you are. But in Christ, He shows how much your worth by laying His life down for you! Just reach out to Him, He is already reaching out to you! No matter how far down the road of regret and pain you may be, He is there to redeem you back! And trust me, from someone who has been there, choosing Him is better than the walls of isolation you put up. At the end of it all, it’s okay to let those close know that you’re not okay. It okay to cry. Dear girl, it’s okay to not always be fine.